The Deise Greenway group hand over 7000 signatures of support

This is the first time the two Mayors have met in a public capacity this year so Deise Greenway were at the forefront of the Amalgamation of the City and County. A massive thank you to all who helped and all who managed to sign our support sheets, we know there are still many hundreds (if not thousands) of people who we were unable to get to but thank you for your support and a big thank you to the two mayors. 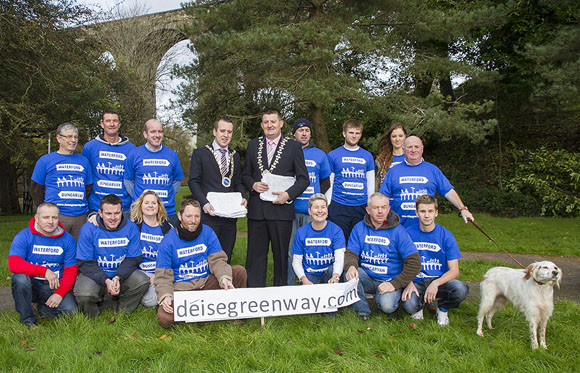